My Child’s Journey to Find His Ideal College 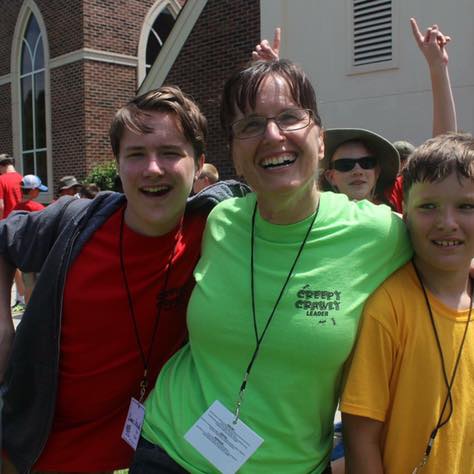 I am a mom of two boys, Donnie and Thomas. Donnie is a sophomore in high school. Thomas is in 6th grade. I am walking down the same path as many parents of high schoolers in helping Donnie find his ideal college. I thought I would share with you my journey.

I have the same hopes and dreams for my kids as you do. We want our children to succeed. We want to feel relieved, assured and confident about our child’s future. We envision a life for them where they are pursuing a college education for a career they will truly enjoy.

How do we start them on the path of finding their career? It starts at a young age. Like many parents, my husband and I would get Donnie involved in different activities to help him explore his interests and see what would stick.

I love to do crafty things but Donnie was not interested and never has been. We tried soccer for a couple of years but that wasn’t his thing. Then we started him in Tae Kwon Do. This was an activity that did stick. Yes, there were quite a few times when he resisted in going to class. However, more times than not he was happy he attended, even when we had to “force” him to go. After a few years of dedication and many class hours, he achieved his black belt. Fun fact, I started taking Tae Kwon Do classes a couple years after Donnie. I wanted exercise and decided to participate versus just watching. If it weren’t for Donnie, I would have quit after the first class. I found learning the patterns frustrating. Now I have my black belt.

We also got Donnie involved in scouting. My husband was a scout growing up. He enjoyed what he learned and the friendships he gained. Scouting was an activity that Donnie enjoyed too. Donnie’s favorite part of scouting is the camping. I have enjoyed watching Donnie’s leadership skills that he continues to develop throughout the ranks. In watching him with the younger scouts, I thought he might like to pursue a career in teaching. Donnie has a great amount of patience with kids and has an incredible ability to explain things to them in a way they understand.

Donnie has also developed an interest in cooking. This has come in handy and is quite tasty. We have delegated many dinners for him to prepare. I started wondering if he would like to become a chef. He also asks for cameras as presents. Maybe he would become a photographer.

He likes and has played the mbone since 6th grade. He even joined the marching band in high school. I started to wonder if Donnie would be interested in a career that involved music.

Last semester, Donnie was in a writing class. He struggled all semester in this class because he hates writing. He hates writing like I hated math in school. Then, the writing teacher assigned a final project. The students had to create a video for a story that was also turned into a movie. They had to write about the differences and similarities between the book and the movie. Donnie chose the Hunt for Red October by Tom Clancy. I share this with you because I was amazed at the level of dedication Donnie had on this project. I had never seen him take so much interest in a homework assignment. He literally sat for hours and hours working on this project without any pushing from me to get it done. What was it about this project? The topic? Making a film? Is there something there that could turn into a career for him?

When you ask Donnie what he wants to do he says he wants to go to Kennesaw State for college and major in Computer Science like his dad. Although he has no idea what he wants to do with computers as a career. There are thousands of different jobs that he could get into that involve computers – sales, analytics, testing, web developer, IT security, video game developer.

After years of different experiences, I could see Donnie as a teacher, chef, photographer, maybe something in music, or something with computers.

How do you pick the right college and career with such a wide range of interests? Even if we just focus on computers there are so many different jobs. The job he would truly enjoy may not require a computer science degree.

The good news is Donnie has a mom who provides an assessment that can narrow this decision down for him. I had Donnie take the assessment. In next week’s blog, I will share the results. Did the assessment pick one of the potential jobs I saw for him, or did it come up with careers I wouldn’t have considered?

What careers do you see your kids’ having potential in and why? Tell us in the comments.